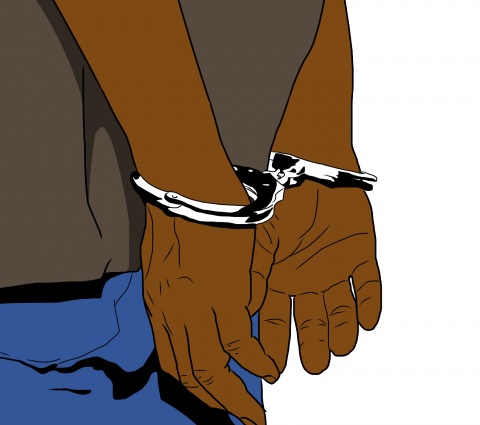 Growing up in rural Jamaica, Percy B Aiden* was always known to be an introvert. His silence was further compounded by his nomadic childhood which had him back and forth from one parent’s house to the other. This came as a result of them trying to co parent the best way they knew how despite being living apart.

With all this happening, it was hard for Aiden to focus on his GSAT exams, which he failed in 2010. Subsequently, he was placed at an All Age School in parish, where he tried to cope the best way he knew. “I was very quiet at school and to make matters worse, i had a very small frame, so it was hard for me to defend myself. As a result, i was bullied a lot, sometimes for my space in a line or for my lunch money. I didn’t like the confrontation so i would usually submit to their request,” revealed Aiden

For this reason, Aiden had very few friendships, one of which he developed several years prior with a relative he had met when he was nine years old.

The boys would often play games together and have their usual juvenile squabble,  after which, they would return to play another day. However, one day, they got into a heated argument over a football match which became physical. “It’s such a hard memory to revisit, because everything escalated so fast, i still feel so uncomfortable talking about it,” He disclosed.

As they began to tussle, Aiden took up an object and inadvertently struck his relative in the neck. It was as all of his caged anger was unleashed, as the impact killed his relative. “As i looked at his body on the ground, i didn’t think he was dead but i knew something was wrong, so i ran to tell my mother. By the time i went back to him, his body was lifeless,” recollected Aiden.

Soon after, the police came and handcuffed the 13-year-old Aiden, who sat crying in the back of the patrol car while heading to the station. That night he slept, after finish crying for hours, in a cell with five male adults. “When i was in the jail cell they kept trying to console me, but i was dumbfounded by my actions. I kept crying so much that at one point i was breathless,” stated a reflective Aiden.

Now he had to contend with his new reality of being a captive for a crime he was guilty of. This overwhelming experience led him to delve in a state of depression, especially during his court proceedings. “The first place i was carried to was the Family Court for an assessment where my legal-aid lawyer told me to plead guilty to my charges so i could start my sentence early to cut down my time in an adult prison. Even so, there were still some technicalities that were delaying the trial date.”

During this time, Aiden was temporarily placed at a Juvenile Remand Centre, where he enrolled in the academic program as a means to combat his depression. He would routinely wake up with a focused mind to make something better of himself which ultimately helped him to acquire the most outstanding performer at the institution.

However, after this achievement, his day of reckoning came which was a year and three months after being charged with manslaughter. The judge pronounced a seven-year sentence, with three years served in prison at a Juvenile Correctional until he became 18 years old. At which point, he would be transferred to an adult prison where he would serve the remaining four years of his sentence.

Behind the prison walls

Much like the biblical chronicles of Joseph who went to prison at the behest of Potiphar’s wife, Aiden was determined to become a better person through the experience. “God spoke with me relentlessly, had it not been for him, it would have been impossible for me to survive. I had to find a way to speak positive words over my life every morning,” recollected Aiden.

He continued, “The boys at the facility were much bigger and tougher than my other location and with my small frame and anti-social ways, i had to be wise about my survival, because i knew i was going to be a target.” Hence to avoid any potential conflict he quickly continued where he left off by enrolling into several trade courses, which would keep him occupied for the entire day. His weekly routine consisted of learning five trades: Arts and craft, tailoring, barbering, mixology in non-alcoholic beverages and plumbing.

This discipline towards self improvement did not go unnoticed by the superintendents assigned to the facility, as they encouraged him to stay on his productive path. “The staff at the correctional center and persons in the welfare department  always encouraged me, once they saw how serious I was at becoming a better person.”

He was also quick to state the support he got from others, “I think the judge saw something in me, because she sent grocery and hygiene stuff for me monthly and this was very encouraging because at the time so many persons turned their backs to me.”

With the passing of each year, Aiden added to his decorated resume and  his hard work was incentivised by his coronation as head boy of the facility. “At 17 years old I sat five CSEC subjects, which i was really proud of myself. Because there were guys who were provoking me to do bad things and get myself in trouble, but i resisted the temptation,” affirmed Aiden.

This milestone also signaled  the daunting reality that his time at the centre was coming to an end, with less than three months before his 18th birthday in August. This meant he would be shipped to an adult prison, to serve his remaining four years, something he dreaded.

Hoping for a pardon

“At this point, the superintendent told me i should write a letter to the Governor General to see if my case could be reviewed. I stayed up countless nights writing many drafts that were vetted by the various authorities. After several attempts, I had properly expressed myself and my grammar was correct, so i sent it to him and he forwarded it to the Privy Council.”

With time working against him and only weeks left before his impending departure to an adult prison, the Governor General, Sir Patrick Allen paid him a visit in August. This occurred days after he had received his CSEC results which he passed four of the five subjects he attempted.

“I was so nervous during the interview with the Governor General. When he saw my accomplishments he said it would be counterproductive to send me to an adult prison and he was convinced I was a changed person. After which he granted me my remittance, at this point tears started to fill my eyes. A week and couple days after, I was let out one day before my 18th birthday,” recounted Aiden.

No longer an introvert, the 19-year-old now stands at 5’10” and bears very little resemblance to his past, which is also evident in his ability to express himself eloquently. “At almost every special event I go back to the Juvenile Center and give motivational speeches to the boys at the facility to let them know that all is not lost and they must fight to keep their minds in a positive place,” said Aiden

With no intention of becoming a recidivist, Aiden has fixed his eyes on the pantheon of academic scholars, as he aims to move on to a bachelor's degree after completing his diploma in Business Administration.

“I am nearing the end of my studies, and i am both eager and concerned. Financially it’s really difficult on me right now, as some days i have to go to college without lunch money. But i’m not letting it deter me because i have done so much against the odds,” declared Aiden

Above it All, highlights youth who have found a way to persevere despite experiencing extenuating circumstances.

Look out for Jamel’s story in next week’s Youthlink

“I have to pay attention to the colour of my urine, to determine whether or not i needed to drink more water. The same has to be done for my body temperature”