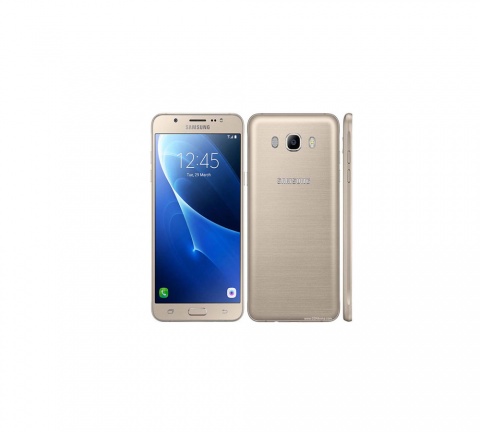 It’s no secret, Samsung phones are ubiquitous among Jamaicans and our love for them seems to keep on growing. A relatively new member of the samsung family is the J series, which has been slowly coming to prominence since 2015. Keep in mind that there are different sizes in the J series, each can be identified by the number affixed to the title, for example, the J3 is the smallest variant in the series and the J7 is the largest with a 5.5” display.

Unlike the premium Galaxy S series, which is at the higher end of the cost spectrum, the J series are priced in a more convenient bracket. As for the J7 it doesn’t have all the posh features you would find in the galaxy series, however it comes with all the necessities.

For persons familiar with the A series, this can be considered the light version of the A7. from a looks standpoint, its design is heavily influenced by the Galaxy S6.

For starters, this phone is about style and functionality, with practical features that many high-end phones don’t have. For example it can be used with two sim cards, which is ideal for our telecommunication market with Flow and Digicel. The battery is also removable, an option that no longer exist on most phones.

There is also a built-in FM radio that can be activated once a headphone jack is plugged in.

Out of the box, the J7 comes with Android 6.0.1, Marshmallow, however, within a day the user gets an option to upgrade to Android 7.0, Nougat. This gives the phone a very new feel as it comes with features like, split-screen mode, which allows the user to use two apps simultaneously by splitting the screen in two.

However the biggest stand out is how efficient Nougat works with the phone’s Octa Core Processor where battery is concerned. Whatever is thrown at this phone, whether turning on the bluetooth or data plan all day, the battery easily carries you to the end of the night.

The super AMOLED screen is also very colourful and it has an option to get extra bright outdoor, which is great if you are operating the phone under direct sunlight. The only drawback is that there is not ‘auto adjustment for the screen’, which means that all these features will have to be engaged manually.

As for the camera, the front shooter is 5 MP with a LED flash that ensures good quality selfies even in the darkest of conditions. There is also a ‘wide’ selfie option that functions similarly to a panoramic shot which comes in handy when taking a group selfie.

While in the front-facing camera interface the 13MP rear camera can be accessed by swiping downwards on the screen. It has a minimalistic design and the features can be access by swiping the phone from the left. By default, it will be in auto mode, however there is a professional mode which allows you to change the White Balance, ISO and Exposure Condensation. Overall the picture quality is good for mid-range phone.