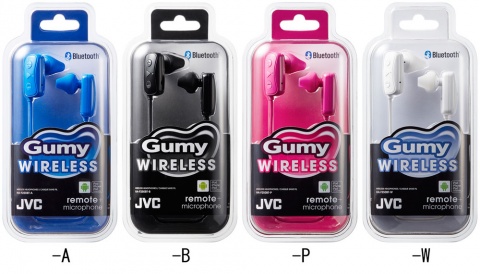 We all love our music and for many of us, we want to take our music with us when we are practicing our favourite sports. However the problem has always been to find an earphone that was comfortable and will stay in place while we are actively moving. Well the advancement in technology has convincingly solved this problem. If you have an active lifestyle check out these earbuds:

These sweatproof earphones come in a blue theme with an inline and is built for outdoor use. What is most impressive is its value for money, at $3100 is much cheaper than other high end models like Bose or Beat which can easily cost upwards of $15 000.

What comes in the box:
It comes with two sets of ear tips, which makes it a total of three sizes for different size ear canals. These tips will also complement the silicone wing tips that fasten in the groove of your ear and surprisingly does not fall out of place regardless of how aggressive you move. There is also a clip that can be fastened to your garment for added security. It seems like the folks at Argom were determined to give users an ideal fit as they also added a cable fastener which allows the user to attach the cable in a manner that allows it to adjust to a taut position.

To finish everything off is a carry pouch and USB charging cable for the built-in rechargeable Lithium-ion battery.

It comes equipped with bluetooth 4.1, which uses way less battery than the previous version and helps this device to go up to 6 hours without needing to charge. It can also function up to 33 feet from the user’s phone, however no major object like a wall is in between the two devices.

It’s inline mic and volume control buttons allow users to make and receive calls as well as control the media functions of his/ her phone. The only drawback is that the audio cues for incoming and outgoing calls can be a bit loud.

The sound quality is clean

Other than that the  headphone functions perfectly for an activity device and is guaranteed to stay put regardless of how aggressive the user’s motion is.

It doesn’t totally all the external noise and this is great when you are running on the street and want to be conscious of your environment.
The cable is very durable and does not get entangled, which means its highly unlikely there will be any electrical shorts.

This wireless earbud is basically the same as the other version with some minor differences. The easiest one to spot is its colour, which is pink and caters to female athletes. The other noticeable point is the fact that there is no wing tip, rather there is an earhook which goes over the ear with the same objective of providing a more secure fit. For most persons it comes down to preference and what fit feels more comfortable.

Its a little bit more expensive at $3 400 and has bigger buttons on the in-line controller as well as a seal for the charging port which is ideal to protect from water.

The sound quality is a tad bit bassier, however the playback time is two hours less that the Argom Fit.

Over the years JVC has been a tried and tested brand as it pertains to audio equipment especially in a price bracket that is consumer friendly. Recently the brand has been promoting their Gumy line of earphones that comes in some bright colours and has a funky feel.

The gummy wireless takes a different approach from the Argom, in the sense that it uses a tube-like ear bud that goes deep in the ear canal and is described by JVC as a Stay Fit Design. For the most part it does stay fit however it is not as secure as the Argom, which makes it better for casual walking as opposed to running.

What comes in the box

Firstly this comes in a tightly sealed plastic container, that takes some patience to open. After this users will get a micro USB cable and two ear pieces.

Pairing with a phone was very simple and took seconds to do and on average it took about two hours to charge. What is great is that it has a battery life of about seven hours which is generally longer that most earphones in this price range.

There is a pod on each earbud which gives the device a protruding look when wearing it, weighing 15 g  it doesn’t feel heavy when wearing it. The controls and microphone are on the face of the right pod and the power button is at the side. Using it can be a bit tricky when adjusting the volume, especially the lower button, hence it must be held firmly with two fingers and the third finger used to press the volume down button. If this is not done it can easily fall out of your right ear.

The sound is very clear and has a nice blend of bass and treble. Due to its design it will filter a lot of outside noise and has a tendency to sound louder that the average earbud
What we like