The mental strain on our teens Is real 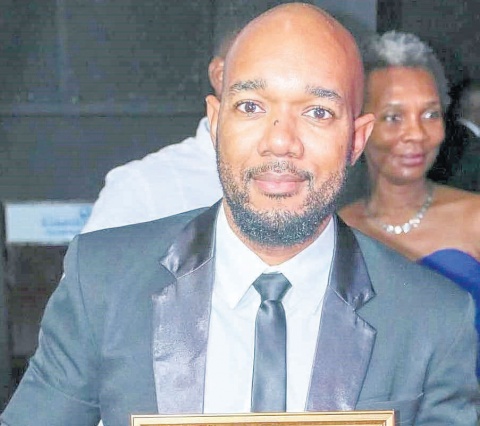 Every time write this series, it takes a lot out of me from an emotional standpoint. The stories are so sensitive and the truth lies in a very vulnerable place where many persons are hesitant to go. This one teen, who was a part of the original batch, suffers from bipolar disorder and his episodes have been a challenge for both him and his mother. We were on the phone for weeks, talking about doing the story and the fact that he would remain unanimous. However, on the day of the interview, he was overwhelmed with emotions and decided to forgo everything.

It’s hard to go through traumatic experiences and find the courage to tell others about it, and this is what makes these teens so special. Even the ones who declined to be interviewed, their courage to get up every morning and put on a strong face must never go overlooked.

Like the previous year, I drove all over Jamaica to ensure Above it All is a fair representation of many of Jamaica’s teens. It also helped me to learn about communities like Beeston Spring in the hilly parts of Westmoreland, about 40 minutes from the main road.

Sitting down and listening to the stories of each teen was profound and nerve-racking at the same time. There were points when I had to get to the root of the issue, which forced me to ask questions that no euphemism could disguise.

I remember talking with Jovaughnie Saunders, a top-performing student at Black River High, and after the pleasantries I had to talk about his younger sister being murdered. It was hard for his mother, who left the room at this point, but he soldiered through his recollection. Surprisingly, Jovaughnie had been the strongest one through the entire ordeal. Chronologically, there were points when the story was not cohesive and I had to apprehensively ask for clarity and further elaboration. I could see the pain in his parents’ eyes as they hugged each other and spoke fondly of their deceased daughter.

Another memorable encounter I had was in Albert Town, Trelawny, where I met Laconia Hyatt. Driving towards the heart of Jamaica, I got lost about three times and not even google maps could help me as I journeyed through communities like Stetin. In the end, it was Lasconia’s sister, Jerilyn, who became my navigator and guide me to their home. Immediately, I was taken aback by how friendly their community was, as the hospitality was outstanding, as I arrived at their gate, her sister greeted me with a hand of green bananas, freshly cut from their backyard. She jokingly stated that it was my compensation for the tedious journey.

Lasconia, a soft-spoken person, is the top- performing student at Troy High School, and has been taking care of her bedridden mother for more than a year. Her mother’s legs had to be amputated due to diabetes, and when her sister is working in Westmoreland, Lasconia assumes all the domestic duties.

Despite her frail 5’1” frame, she manages to lift her mother out of bed in the mornings and put her to sit on a chair. After demonstrating this for me, I asked her where she learnt the technique, to which she replied, “I watch everything on YouTube.” She routinely does this, along with making breakfast and doing her morning devotions before going to school. Her determination and focus were unwavering as she spoke about furthering her education. It’s stories like these that give me hope for a better Jamaica, knowing that there __ is more good out there Te ) than bad. These teens refuse to give up or make excuses, and they are ’ — destined to make something great of themselves.